The Beauty of Holiness (Matthew Corbitt) 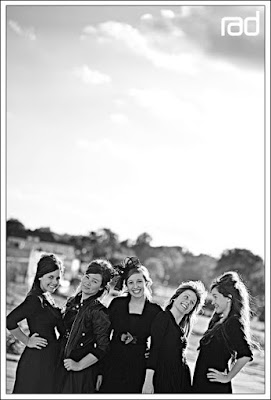 Sin City-It seems like an odd place to begin when your speaking of holiness, but it was here where I realized the importance of what we do as a people. You see, work mandated that I was to be in Las Vegas this past January for “World of Concrete”, and I was super excited. For one, I had never been there, and two, I kept hearing rumors of the all you can eat crab leg buffet. (I know, how pathetic. Speaking about holiness, yet admitting gluttony.)

One of the coolest things was the flight out there. It was all desert, and then suddenly a massive city! From the air you could see all of the hotels, and I was pumped to be able to stay at the Mirage. (One of my all time favorites.) But it didn't take long to figure out that all of the rumors you hear about Vegas...are true.

The following morning we took off for the convention center to get registered for WOC. While walking through the exhibits I began to notice a common theme, women. They had hired half naked women to demo products and pass out fliers. They were less of a help, and more of a distraction, when it came to the products and services they were selling. (Yes, I did conduct myself as an Apostolic while I was there.)

Now at the WOC they have various competitions where skilled professionals come from all over the world compete. While sitting at one of the competitions I saw something that I hadn't expected, it was a group of Apostolic girls, dressed as Apostolic women should be dressed. They were in modest clothing, make-up free, and had uncut hair. This was a "catalystic" (my own word) moment for me; for at this moment I began to see the difference between false beauty and the real thing. The contrast was stark and I began to think to myself how much prettier they were than the groves of whorish women that plagued the arena. It was as if they brought a peace to the place that hadn't been there before.

To be honest, I don't think I would have noticed these girls at NAYC, not to say they were not beautiful, but to say they would have blend in with the thousands of Apostolic women there; But here, where the canvass was painted with immodesty, they were like color on a black and white photo-beautiful!

Listen, I understand that there is no way for me to fully know the pains of persecution that our women face on a day to day basis because they reject the abominations that our culture embraces, but let me say thank you to the number of Apostolic girls who hold to the biblical principles that are part of the core of what we believe. I look at your separation and I am strengthened. This was, dare I say, the catalyst that began to propel me into a stronger biblical view, it granted me a greater understanding; and it came because godly women decided to take a stand and be just that, godly. Never give up, never give in. I promise you that there is a beauty in your holiness that cannot be surpassed by this world. You don't need to dress like a whore to feel good, look good, or obtain the right man. Dare I paraphrase an IBC instructor, “If you look like a whore, your only going to attract one type of man.” To the young ladies that carry themselves righteously, thank you and I'm proud of you.

Never give up, Never give in. There is beauty in holiness.