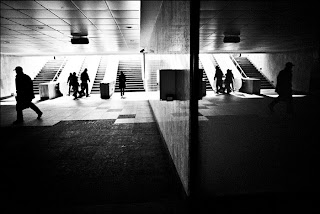 Duplicity: contradictory doubleness of thought, speech, or action.
In this great world we suffer form one simple thing duplicity! If it where not for duplicity there would be no conflict, If it where not for duplicity there would be no choice.
Let me explain… I am talking about the duplicity of Ideas and opinions, you may argue that there are a lot more than just two in the world. However you would be wrong to make such an argument because you can boil every idea, every thought, and every single thing in this earth down to two simple yet distinct things. On one hand you have truth, and on the other you have a lie it is that absolute! There is nothing that is ninety percent true it doesn’t work that way! If something is not one hundred percent truth then it is a lie!


Let me give you some examples…


Lets Start with an easy one that everyone is familiar with like Global Warming. Global warming is caused by the emission of greenhouse gases . 72% of the totally emitted greenhouse gases is carbon dioxide (CO2), 18% Methane and 9% Nitrous oxide (NOx). Carbon dioxide emissions therefore are the most important cause of global warming. CO2 is inevitably created by burning fuels like e.g. oil, natural gas, diesel, organic-diesel, petrol, organic-petrol, ethanol. There are those that say carbon dioxide is a toxin causing the earth to warm its true its happening and to not act would destroy the earth. However there are those that say let me think about this I am no biologist but I remember in the sixth grade we learned about photosynthesis. Photosynthesis is a process that converts carbon dioxide into organic compounds, especially sugars, using the energy from sunlight. Photosynthesis occurs in plants, algae, and many species of bacteria. Photosynthetic organisms are called photoautotrophs, since they can create their own food. In plants, and algae photosynthesis uses carbon dioxide and water, releasing oxygen as a waste product.


Ok so from that we see that all plants take in carbon dioxide and put out oxygen. So essentially plants breathe carbon dioxide. So saying carbon dioxide is a toxin bad for the earth is like saying that oxygen is a toxin that is bad for humans. It is this kind of duplicity that has our world so confused. Some people believed that the earth was flat they where wrong, but if you thought differently you where a social out cast at least! But long before man discovered the earth was round the Bible declares that “It is he that sitteth upon the circle of the earth,”


There are a lot of issues like those above that are for the most part inconsequential they have no eternal value. However there is one issue that defines the rest that issue is the Word of God. Which was once delivered to us by the inspiration of God. Most Christians will agree to this however Inspiration without preservation is useless. There are Scholars would say that we lost the word of God and we are now In a process of putting it back together. The biggest battle against the Bible we face is polyscrtitura… A lot of versions of the Bible with no “clear” truth.  Mans wisdom says that we don’t have an accurate Bible, but God said “Forever, O LORD, thy word is settled in heaven.” If there is a Bible with errors then it is not truth because anything less than one hundred percent truth is a lie! If you doubt one word, then you must question the whole thing. The devil knows that if he can cast doubt on anything in scripture then he can cast it on everything.


With all this duplicity how is it possible to know anything for certain? It is all a matter of whom you trust… Do you trust the finite wisdom of man or do you trust the infinite wisdom of the God that created the universe?
Labels: aljc america Apostolic arkansas god ibc indiana bible college jesus Jordan Oneness relevant Scripture Stumbo the bible says so united pentecostal church upci Word wpf