Up to Bat (Chris Henderson)

I started to blog about one subject but then was interrupted by my brother, David & Ben Mason. Upon entering my office he made a comment about chapel service and Lance Appleton, to which we promptly began a search Lance Appleton online. For those who have never heard of Lance Appleton, he wrote One God Apostolic among other songs. His story is a picture of the amazing grace of God. After writing Pentecostal songs he broke covenant with God and chased his own agenda. Years later he rededicated his heart and life to God, saved by grace! Youtube has a video of an altar where he recommitted his heart, following that video was Vesta Mangun singing "I'd Rather Have Jesus". Which is why I cannot return to the previous blog thought.

I did try to finish to the blog I had going but was so burdened by the preachers song. You see, Sis Mangun comes from a generation made of completely different thoughts, ideas and culture than I do, and not that either of our generations are better than the other, but those 'ol' timers' (and I use the term affectionately) have passed the test of time. They have stayed the course and proven that their love for the bible and truth is the real deal. My generation cannot say that we have passed that test. We have yet to face the final test called time. I cannot speak for anyone but myself but this I will say, you will not be able to look back in 20 years and say "boy that Henderson had so much to offer for the kingdom of God...if he only would have stayed true to the bible".

Giants of our faith are dying, a natural course of life indeed, but the question is not what did they do rather what can we do. I am thankful for what these men and women have don 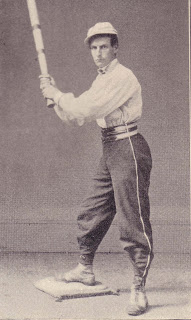 e, they have given us a heritage, preserved the truth and passed it to us, but now it is we who are up to bat. While we may not have proven our love for the truth with time we have committed our hearts, time and energy to HIM and I hold the opinion that the preachers to come will be just as effective as those before if we get the love for truth in our hearts. Furthermore, I hold that all over America and the world God is raising up an army of men and women who could care less for the trappings of life but have a desire and a hunger for God. So while we may not have passed the test of time I think that we are on course to do so. The real proof is not where we are right now but where we will be in the end. You and I can be on the way of life and cross paths headed in completely opposite directions, I could be headed away and you toward God. So do not judge generations wholly on where they currently are at because God works in mysterious ways. Judge them, rather, on where they end up.

To the elder: thank you for blazing a trail for us to follow, a trail of truth, of holiness and of love for God. I will not let it stop with me but will continue in your work and advance the cause of Christ.

To my peers: We are up to bat. We have a work to do. One that requires selfless sacrifice, sleepless and prayer-filled nights. The monetary reward is not great but the eternal is promised if we accept the call. So if you have enough fortitude to make the commitment, get ready because the harvest is going to happen!
Labels: aljc america Apostolic god ibc indiana bible college jesus Jordan Oneness relevant Scripture Stumbo the bible says so upci Word wpf