A Royal Review- 1 of 2 (Chris Henderson) 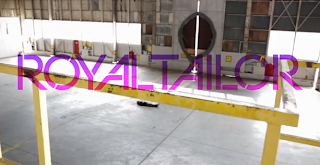 The Royal Takeover started several years before most people had ever heard of Royal Tailor. It actually started as Red Letter Edition, but that name didn't last very long & they soon settled on Royal Tailor Band (RTB). Long story short: some guys form a band & after a few line-up changes the chemistry of Tauren, DJ, Blake & Jarrod created what we now know as Royal Tailor.
Fast-forward: many shows & a major label signing later the Royal Takeover hit the Christian music industry. There are several reviews of their album out on the internet such as this one, or this one, or even this one. The problem I have with these reviews is that none of these treat questions being asked by the movement Royal Tailor associates with. So my attempt will be to treat questions being asked by Apostolics as an Apostolic.

This review will take place in two parts: part one treating the music video & part two treating the album. However, I think that before we can even begin the discussion of Royal Tailor we must first answer a few other questions. First, can you be a success & not compromise? In my opinion, you can to a degree, however anytime you, as an Apostolic, sign over rights to a non-Apostolic there can be a degree of compromise. For instance, you may no longer have as much control over content as you once had. However, this can also be true in the secular work force. As a construction worker, especially as a construction worker fresh out of high school, I had NO control over what words were said around me. I could only ask that people not use foul language around me, but that did not change what the pipe fitter or welder said. So I was compromised. I would never actually vocalize the filth that resonated in my head, (I actually had to pray 'God get these words out of my mind') but the words were there. Compromise. It's true, one could argue that the construction & the music industries are not the same, or that Royal Tailor chose to sign with the label; & these are both valid points but aren't both industries selling a product & didn't I chose to work for the construction company? So can you sign without compromise, yes & no. It is up to Royal Tailor & their Pastors to work out their issues of compromise, not us & certainly not on a public forum. No good can come of that.
Secondly, I feel as though the term success should be defined because there is certainly more than one definition of the word. For example, the Student Pastor that is impacting teens at one of his students Jr High is a success. As is the business man that ran for city council, won, & is now a voice for righteousness in his community. Examples like this are all over the place. Success is to do what God has called you to do, & to do it with all you are. So has Royal Tailor been a success? Absolutely, I do not doubt that these guys were called to point people to Christ through the power of music; & I do not look for them to fail.
Now that we have nailed down 'compromise' & defined success I think we can move forward to the review.

The Video:
I feel as though there is legitimate reason to treat the video apart from the album because there are visual elements present in the video that are absent in the album. So I will treat three elements of the video: Actors-Dance-Videography (remember I am writing this review with the Apostolic in mind, so it may treat some issues that others wouldn't blink at & it may treat some issues differently than others may)

Ladies: All of my life I have heard, & believed, that Apostolic women are the most beautiful women in the world, so I was disappointed to find no Apostolic women in the video. Does that mean that any of Royal Tailor believes that women who wear pants, with make-up & cut/dyed hair are 'ok'? No, it does not mean that at all. It means a video was made by a record label & the record label is paying the bills. I asked the pipe-fitter to stop cursing but it was his choice if he did. That is how I look at it. I do not know if Royal Tailor gets a say, so I am not going to shoot blindly into a situation, I want to know what I am aiming at. 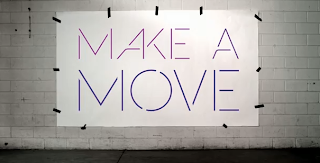 Dancing: I understand that there are various opinions regarding the subject of dancing, but I want to know what the Bible says for or against something. I am of the opinion that the Bible labels two types of dance, that which glorifies God & that which glorifies the man. The dance that glorifies God (think David upon the return of the Ark of Covenant) is pleasing to Him, & the dance that glorifies man (think children of Israel while Moses is on the mount) this dance is not pleasing. It's that simple, yet still extremely complex because who is the judge of what dance glorifies who? I currently point to what is behind the dance. Is there sensual movements that cause a righteous man/woman to turn their eye as the dancer moves? If so then it obviously does not glorify God. But there must be a third type of dance. A dance that is an outlet of energy that words cannot fulfill. I admit it is not a dance that everyone has but I think there is some validity to the dance. Its the dance that one does out of sheer excitement after receiving news that they got a promotion. Its the dance that my whole being does when just my mouth will not express what is inside. Its the dance that a my son does when an up-tempo song comes on. Are these dances wrong? I do not think so.
I digress, I am treating the Royal Tailor video, Make A Move. In the video I do not feel as though the moves are an attempt to bring glory to God, nor do I feel as if there is some devil spirit behind them. So the category of dance I would place the video in is the third category, a dance that is an outlet of energy where words will not do. Not everyone understands this dance but that will be okay.

Videography:
Incredible. From the set to the shots to the post-production: this video was very fresh. The split screen shots were simplistic yet stunning. The whole of the videography made me want to smile. GREAT JOB!

Summary: I must say for me this video is not offending. It is fun & fun is okay. What is not okay is for us to emulate the world. There's Black & White: We are either Christian or not Christian. Was the enveloped pushed, probably. And my caution in pushing the envelope is not how far it is pushed, rather can we come back to the center? You see, every time the envelope is pushed, that soon becomes normal. So while Royal Tailor may never produce another music video they have opened the door for someone else to come into the hearts of young people and take them further than intended.
We can not only live life for today and what is happening now, but we have to live life for our children, on every level.