Science vs. Creation or Creation vs. Evolution {Nathan Warren} 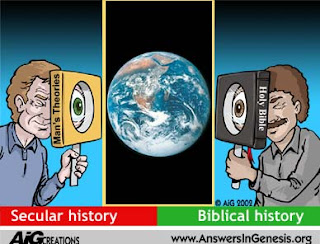 In one my previous post (Du·plic·i·ty) I discussed the main issue that greatly effects how we view creation science. In so many things in this world today the accepted ‘truth’ is actually just a lie, and the truth is considered to be false. However the problem is not with science it is with scientist that are under a strong delusion as mentioned in 2 Thessalonians 2:11(I don’t believe there is only one delusion, but several).

". . . the sudden manner in which several groups of species first appear in our European formations;-the almost entire absence, as at present known, of formations rich in fossils beneath the Cambrian strata,-are all undoubtedly of the most serious nature. We see this in the fact that the most eminent paleontologists, namely Cuvier, Agassiz, Barrande, Pictet, Falconer, E. Forbes, &c., and all our greatest geologists, as Lyell, Murchison, Sedgewick, &c., have unanimously, often vehemently, maintained the immutability of species [in other words, species do not evolve]."
So what does all that mean? the great scientists of his time held the fossil record up as evidence against evolution, not for it. The fact is that if Darwin where alive today he (if true to his word) would not believe in evolution. He said

“…if my theory be true, numberless intermediate varieties, linking closely together all the species of the same group, must assuredly have existed; but the very process of natural selection constantly tends, as has been so often remarked, to exterminate the parent-forms and the intermediate links. Consequently evidence of their former existence could be found only amongst fossil remains which are preserved, as we shall attempt to show in a future chapter…”

It has been well over 200 years since Darwin wrote those words, and the “numberless intermediate varieties”(also referred to as transitional forms, missing links e.g. big foot) still have not been found! Below you see Darwin’s hypothesized tree of life. 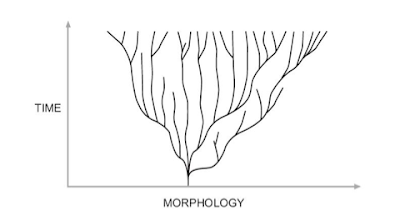 What we actually see is quite different! We see kinds that do not change from one kind to another. 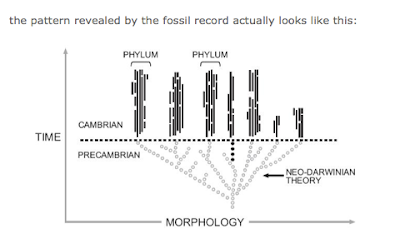 So wrapping up is it 'Science vs. Creation or Creation vs. Evolution'? The term science refers to a system of acquiring knowledge. This system uses observation and experimentation to describe and explain natural phenomena. The term science also refers to the organized body of knowledge people have gained using that system. Less formally, the word science often describes any systematic field of study or the knowledge gained from it. That being stated we see that science is not the enemy of creation, but the ideology of evolution is. There are tons of scientist in varrying fields that believe in an almighty creator! Check out the list below...