Skip to main content
Posted by Topher Henderson May 10, 2012

The time was very different from ours, very different yet strangely similar. World War 2. Hitler made his rise to power in Europe and was poised to strike with intent to rule the world. Japan bombed Pearl Harbor and forced the USA into a war that they had been reluctant, until this point, to join. Four days later, December 11, 1941 Hitler declares war on the United States. Logistically speaking, the US forces were minimal. The draft aided in man power, however equipment and weaponry were still WW1 era. 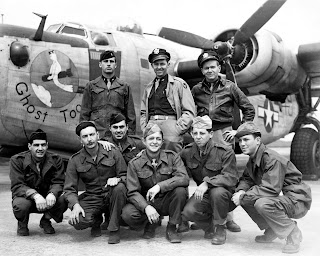 It was this time that has been deemed the 'Greatest Generation', yet most of the US population did not have a clue what was going on in the rest of the world. Most did not follow the rise of Hitler to power, or the hatred shown the Jews. Most did not know about the Japanese empire widening it's stance in the Pacific for the inevitable joining of the US to create WW2. Yet who could blame them because after all America just defeated the enemy of The Depression, so why trouble ourselves with the enemy of oppression?

It was during this time that Robert Sherrod, a political journalist, volunteered to join the American Forces in the Pacific. He went into battled armed with nothing more than a pen and notebook and would often carry new notebooks so as not to give the enemy the edge should he be captured or killed in battle. He saw the best and worst of war and had this to say about the battle in the Pacific:


"Americans don't realize it, but we are losing the war. I know we have the machines to fight this war, but the question is: do we have the guts?"

I ask my generation and myself: "Are we mentally prepared to bridge the gap between the comforts of our home churches and business as usual and the horrors of war against sin and carnality?

The war of revival isn't easy. It takes a familiarity with your weapons-prayer, fasting, reading the Word-but it also takes a determined mindset that says, 'no matter. I will serve the Lord and advance His kingdom'.

Luckily, Mr Sherrod was proved wrong and America was the victor but that has yet to be written for our generation.
We will write our own history and if it is to be said that 'We were the Greatest Generation.' we will have to fight.