The Price of Rain (Matthew Corbitt) 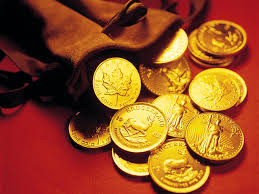 Problems plagued David's life, though he lived a good life, there was always new challenges facing him at every turn. We learn much from David's heroic life, from his glorious victories, to his heartbreaking defeats, David lived a life that generation after generation has come to study, marvel at, and learn from.

There were times where he was paying the price for his own failures and miscalculations, but there were also times when he had to pay the price for others when he, seemingly, did no wrong. This was one such time.

The king of Israel, David, was faced with a problem. There was a grave famine in the land and his people were suffering immensely. In his life, David knew that there was but one place he could turn to when he needed answers that no one else could give... David turned to God.

He called upon the one in his life that had always been faithful, and God heard his voice and responded.
2 Samuel 21:1 “Then there was a famine in the days of David three years, year after year; and David inquired of the LORD. And the LORD answered, It is for Saul, and for his bloody house, because he slew the Gib'e-onites.”

You see, many, many years before, the Hebrews made a promise to the Gibeonites that they would do no harm to them as long as they were a good people and didn't make any trouble for Is areal. This was a promise that God honored, and Saul did not. Saul attacked these people and in turn caused unfavorable circumstances to the Hebrew nation.

The moment David heard from God, He was filled with mixed emotions. Could you imagine finally hearing from God, and knowing what brought on the suffering in your life and the find out it had nothing to do with you, but it was caused by other people!?

David was faced with a choice. He wasn't even responsible yet he was suffering, and all of his people suffered too. He could have pleaded with God, after all, it wasn't his fault. He could have blamed others. He COULD have... but he didn't.
David took it upon himself, and went to the people that Saul had massacred and asked what was the cost of forgiveness? What was the price that he would have to pay to make things right? And he paid that price. Sending 7 chosen men, decedents of Saul, to the hands of the Gibeonites to be hanged.
Similarly in our lives, we are faced with circumstances that were not our doing, yet we suffer. “It wasn't my fault.” “I had nothing to do with it.” “I wanted it a different way.” All of these statements are very true, yet many times we are innocent of wrong doing and are still demanded to pay.

The price to end the famine in your life may be high, but if we can understand that if we will do it takes to get things right, our rains will come, our famine will end and our lives will be enriched. Take a cue from King David here, and be the bigger person, pay the price and let the rain fall.
Labels: adam and eve aljc america answers in genesis Apostolic bible biblical ceation Christian indiana bible college oneness bridge united pentecostal church