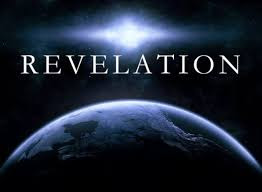 THE BOOK OF REVELATION

The book of Revelation directly opens stating the theme and purpose of its writing which is the present and future glory of Jesus Christ (Walvoord 1971, 35). The main thrust of the book is to give an account of what is to happen in heaven and upon the earth before, during, and after the great tribulation. This paper will discuss two main topics found in the book of Revelation: the catching away, or rapture, of the church and the revelation of Jesus Christ as Lord over all.

The Catching Away of the Church
“Catching away” is translated into Latin as “raptura” and into English as “rapture.” This supernatural event is described in detail in I Thessalonians 4:16–17 giving the church insight and hope for their future (AST 2015, Week 4, 8). "For the Lord himself shall descend from heaven with a shout, with the voice of the archangel, and with the trump of God: and the dead in Christ shall rise first: Then we which are alive and remain shall be caught up together with them in the clouds, to meet the Lord in the air: and so shall we ever be with the Lord."

Characteristics of the Rapture
While the church is expected to be raptured or ‘caught up’ at some point, the idea of ‘catching away’ is not a one-time event, but is one of[TE1]  a series of “catching aways”. This ascension into the sky begins with Christ himself, and is carried out in God’s time and order (AST 2015, Week 4, 10). This is a literal resurrection of the dead in Christ and a meeting of Christ and His saints that are alive.
The coming of the Lord differs from the second coming of Christ as written in Mt. 24:30. [TE2] The coming of the Lord is primarily to allow Christ to present Himself with a bride that is without spot or blemish. In contrast, the second coming of Christ culminates in the battle of Armageddon. In the second coming of Christ, there will be no catching away in the air as in the day of the Lord. Rather, Jesus will come to the earth to do battle with the antichrist and his armies. This battle will result in the overthrow of the antichrist and the establishing of Christ's literal throne in Jerusalem and the millennial kingdom (Rev. 19:11–21; AST 2015, Week 4, 9). The final result is that all the earth will know that Jesus is God.

After the Rapture
Between the rapture of the church and the second coming of Christ will be a time of dark judgment upon the earth, which is referred to in the bible as the Great Tribulation (Mt.24:21; AST 2015, Week 4, 9). The book of Revelation erodes the foundation that modern Christianity has propagated stating that God will not judge the sinful and faithless of the world (Walvoord 1971, 138). The period of the Great Tribulation will see a sharp rise in earthquakes, the darkness of the sun, asteroids, and plagues.

The Revelation of Jesus Christ

The Book of Revelation is first and foremost a revelation of Jesus Christ in His present exalted state (Rev. 1:1). The first chapter provides a graphic picture of His physical appearance as He is in heaven (AST 2015, Week 4, 72). The second coming of Christ is also known as the revelation of Jesus Christ. Revelation 19 describes the moment when Christ returns in His second coming and the battle that ensues (AST 2015, Week 4, 3).

Armageddon
Revelation 14:14–20 provides a picture of the battle of Armageddon. In addition, Zechariah 12:1–4, 14:1–9; Matthew 24:11–30; Joel 3:12–16; and Revelation 16:13–16, 19:17–21 offer further information regarding this cataclysmic event (AST 2015, Week 5, 7).
Revelation 14:12 describes the sixth angel pouring out his vial on the river Euphrates where its waters are dried up, so that the way of the "kings of the East" might be prepared. The dried Euphrates river will become a main road that the Eastern kings will travel to do battle at Armageddon (AST 2015, Week 5, 10).
The next 4 verses describe a concentration of demonic forces ahead of the great battle. The spirits will have the power to do great miracles and wonders and will seduce many men. . “And he gathered them together into a place called in the Hebrew tongue, Armageddon” (AST 2015, Week 5, p 10).

The book of Revelation provides a glimpse of a true apocalypse in which supernatural events play a vital role. First, the catching away of the church or the rapture of the church, is a sudden event that will happen before the great tribulation. Second, the revelation of Jesus Christ or the second coming of Christ will take place in a very public arena. The former will be as a thief in the night and the latter will be seen by the whole world. [TE3] The book of Revelation gives a glimpse of the present and future glory of Jesus Christ (Walvoord 1971, 35). The final outcome is Christ reigning victorious and the Jewish people hailing Him as king, while all the world acknowledges His Lordship.


[TE1]Might want to say ‘in’ here, inasmuch as we are using ‘of; again very quickly in the sentence. Not a big deal, just a thought.


[TE2]This is very important and a good note to mention at this part of the paper.