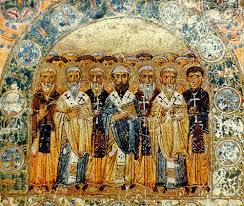 The Reformation is the name given to a unique time in history that possessed all of the right components to generate great revolution in the thoughts and attitudes of all Christendom. There has never been a time in history that has impacted the established community of Christendom more than the Reformation. As the title indicates, the Reformation turned the minds and hearts of Christian believers so dramatically that it literally reformed the prevailing thought of the believers of Christ. Like many segments of history that have been dramatically altered by events, it is impossible to pinpoint one single issue as the spark that ignited the Reformation, but rather,  a volatile mix of minor and major circumstances culminated into something bigger, something explosive; the Reformation. This paper will briefly outline several of the issues that contributed to the Reformation, including gross failure of religious leadership, response to authoritarian church rule, and the fall of the feudal system. In addition, this paper will provide a brief look at two of the men who spearheaded the Reformation in order to restore a Christendom that reflected the New Testament church more closely.

Moral Failure of the Pastors and Priests
The moral failures of the Papacy, Priests, and Pastors of the church at the time of the Reformation was so great that priests living in open rebellion to the laws and teachings of the Bible would resist all manner of discipline by either the Christian or secular world (Gonzales 2014, 218–222). These infringements on biblical ethics included the selling of indulgences, fornication, extortion, and bribery as well as many other evils.
As a result, the people of Western European countries began a silent revolt against the mounting corruption within the church. The corruption was not limited to those who called the Vatican home; moral failure extended down to the local level, garnishing widespread animosity and distrust (Gonzales 2014, 230). This silent bitterness led to a perfect storm that propelled governments to begin to clean up the priesthood as a measure of state stability and limit the over extension of power that the church enjoyed.

Heavy Handed Response to Limits on Authority
The country of France was among those that felt action against the absolute power held by the papacy was necessary. France sought to limit the near absolute authority enjoyed by the church within her borders by enacting laws that subjugated the church to the laws of France. Seeing these laws as a direct threat toward the church, the bride of Christ, and the anointed of God, the church responded with a council in 1517 that reaffirmed the authority of the Pope and the Bishops of the Church (Gonzales 2014, 246–248). This response ensured the continued fraud and misuse of church office throughout Europe and further fueled the fires of the Reformation.

The End of the Feudal System
At the time of the Reformation, the leaders of the secular governments of Western Europe were watching the downfall of the feudal system, which had played an essential role in European economics and governance since the fall of the Roman Empire. Countries were forced to adapt to a new framework in order to conduct business and govern people. This move away from lording over people had a strong negative impact on the church, whose structure was built around the feudal system. Because of the church’s ties to and prosperity under the feudal system, the church had a vested interest in seeing the system remain in place. Many church officials were feudal lords in their own right and decided to use any means necessary to combat the torrent of change (Gonzales 2014, 272–274). The looming possibility of the collapse of their power, influence, and wealth further exacerbated and perpetuated the unethical offenses of the church leaders, forcing them further out of the graces of the people.

The Men who Shouldered the Burden
While the conditions were right for revolution of thought, the Reformation still required the leadership of men to spearhead change. Erasmus and Luther are two great figures of note during and around the time of the Reformation. These men sought to bring Christianity from the debauchery it had become back to a place that was more in line with the bible.

Erasmus
Erasmus saw the need to reform the church and placed high value in obedience to the teachings and commandments of Jesus Christ, claiming these teachings were not simply for those who were of a monastic order, but for every child of God (Gonzales 2014, 363–364).
Erasmus sought a reformation of customs and actions, emphasizing the need for moderation and decency. He desired that the ideas and spiritual growth would come from study, reflection, and prayer (Gonzales 2014, 370–372). Erasmus was intelligent and widely respected and used his widespread influence to further the crusade for reform.

Luther
Luther's part in the reformation cannot be understated. Although he was somewhat slow to begin to fight for change in earnest, once he became convinced that God had intended him to strike out at the heart of corruption, he moved will great force and tenacity . Luther spoke out utilizing the printing press to disseminate information as well as speaking words and reason. Luther’s platform of the public undermined the insistence of the church and eventually, the knowledge he made readily available to all who would listen turned the tide of power.

Conclusion
Evidence suggests that God had been setting up the Reformation for many years in advance. The time was perfect, the people were ready, and the societies were in need of change. Along with many others, Luther and Erasmus laid the groundwork for modern Christianity, the Holiness revivals of the 17th and 18th centuries, and eventually the Oneness Pentecostal movements.
The culmination of such diverse events and cultural upheaval could only have been ordained and orchestrated by an omniscient God. Although these men most probably lacked the complete fulfillment of the Acts 2 experience, many of those who rally to the Acts 2 banner today owe these great men a debt of gratitude for the gumption showed in standing in defiance to spiritual authority gone amuck.

Gonzales, Justo L., 2014, The Story of Christianity:Volume 2: The Reformation to the Present Day. Kindle. Harper Collins.