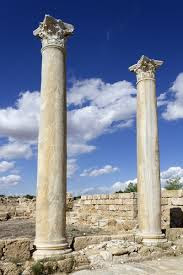 In the assigned article "Pentecostals and Hermeneutics: Texts, Rituals and Community" Israel, Albrecht, and McNally argue that hermeneutics should encompass more than simply attempting to understand an author of a particular work or passage (Israel, Albrecht, Mcnally 1993, 139). The authors attest that for anyone to understand the reality of another, he or she must apply a form of hermeneutics in order to get a true grasp for a group or person’s situation. It is not enough to understand a part of what is being studied; regardless of whether it is a passage of scripture or an individual, one must know the relationship of the part to the whole (Israel, Albrecht, Mcnally 1993, 139).
Properly understanding a passage, group, or individual requires that certain principles be applied in order to maintain the integrity of the findings. These methods are a reflection of the scientific method (Israel, Albrecht, Mcnally 1993, 139). This article utilizes the scientific method in hermeneutics in order to ensure minimal corruption in their examination of Pentecost. This paper will summarize and examine the key points of the article, namely truth and trust as they relate to the Apostolic church culture and community. In addition, this paper will also contain my personal thoughts and viewpoints on the issue.

The Importance of Truth
The authors point out one of the greatest flaws within the apostolic ranks, a flaw that has the potential to break down over one hundred years of progress and revival. Pentecostals are susceptible to misinterpreting scripture due to the vast amount of "personal revelations" that are often experienced during the highly stimulating moves of the Holy Ghost (Israel, Albrecht, Mcnally 1993, 144). There is a danger of an ideology becoming "entrenched in domination of institutional self-preservation “(Israel, Albrecht, Mcnally 1993, 144). This danger is ever present and can be readily seen within the larger organizations of the Oneness Pentecostal movement.  Once, the charismatic moving of the Holy Ghost was the chief way for men and women to be affirmed and ordained within an organization; however, the narrative being rewritten by high-ranking officials through means of force-pressing a mold onto those who would seek to work within the institutional framework of large apostolic organizations.
One cannot completely stand against what is being done when they understand that ‘molds’ are over assertions of the rituals designed to transmit doctrine into the subculture (Israel, Albrecht, Mcnally 1993, 148). Indeed, molds are a crucial way of making sure that an individual or group firmly has "truth" at the core of their ideology. Rituals and particular cultural molds will become a greater part of the Oneness Pentecostal movement the more radicalized the secular culture becomes.

Trust
The cornerstone of the Oneness Pentecostal movement is trust. Trust is one element that would completely shut down our workings and dissolve the organizational framework.  When trust is shaken, the validity of the claims of Pentecost are also shaken in the hearts and minds of its followers (Israel, Albrecht, Mcnally 1993, 157). The dominating culture in Pentecost leans toward being anti-academic. This lack of personal education breeds dependence on leadership that can be debilitating. This is why when there is a failure of leadership, congregations are rocked by scandal, or people engage in violent personality clashes, almost invariably the faith of believers is on some scale at best shaken and at worst destroyed. Trust must be tended like a garden, taking time and toil to grow and yet can be destroyed in a moment (Israel, Albrecht, Mcnally 1993, 158). The chasm between head and heart is rarely breached within the ranks of Oneness Pentecostalism. However, when trust is established and guarded, a strong and vibrant community can arise. Community arises when individuals come together and dialog about doctrine, life, and viewpoints (Israel, Albrecht, Mcnally 1993, 157). For the group that freely allows differing viewpoints, members of the community have a greater capacity to trust.

Truth and Trust
When trust is readily available, truth becomes the key ingredient in building a Pentecostal community (Israel, Albrecht, Mcnally 1993, 160). At some point the acceptance of truth will lead to conformity to the particular culture that has developed within Apostolic ranks (Israel, Albrecht, Mcnally 1993, 161). This adherence to the outward culture often gives Pentecostal groups a feeling of homogeny without actually being all of one mind or doctrine.
Truth must be communicated openly and without fear of reprisal if trust is to be the glue that holds the community together (Israel, Albrecht, Mcnally 1993, 161). Community itself, with its dialogue, discussion of doctrine, and anti-dogmatism, is what maintains the glue of trust and ensures that "THE TRUTH" of God's design is not substituted for "general truths" of man's design.

Israel, Richard D., Albrecht, Daniel E., and McNally, Randal G. 1993. "Pentecostals and Hermeneutics: Texts, Rituals and Community." Pages137–161 in PNEUMA: The Journal of the Society for Pentecostal Studies 15, no. 2.